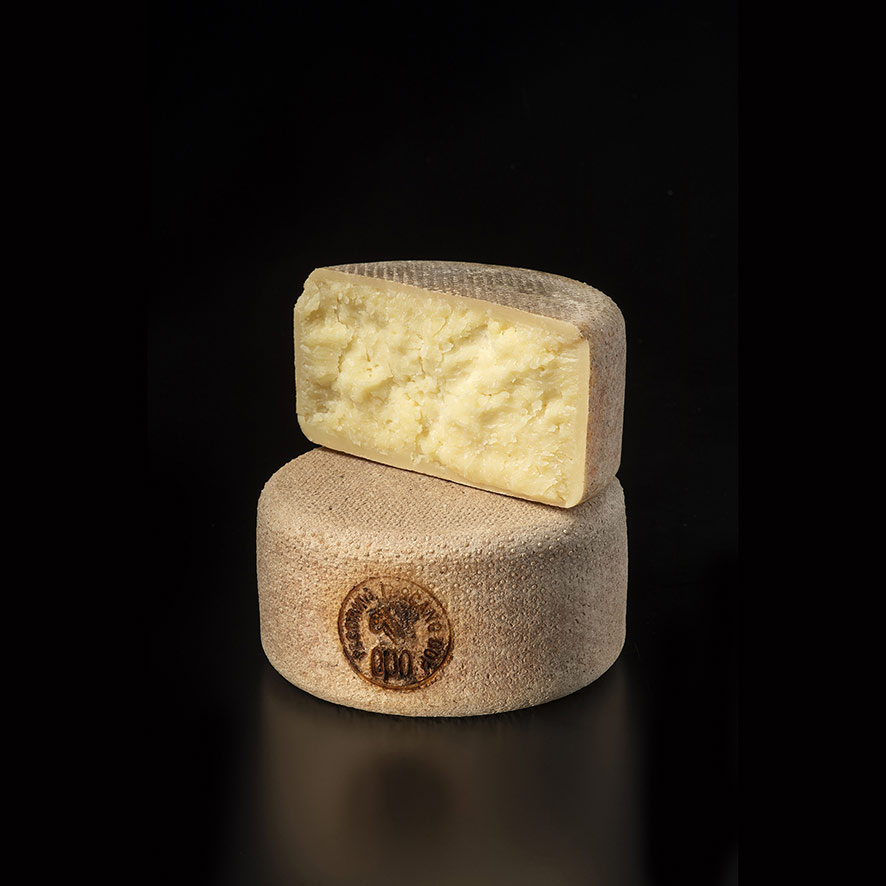 Pecorino Toscano is produced exclusively with sheep’s milk from pastures in the area of origin (Tuscany and some neighbouring municipalities in Lazio and Umbria) as required by the production regulations. Aged Tuscan Pecorino is brimming with tradition and famous throughout the world for its strong yet soft taste and for its more intense and structured aroma.

Aged Tuscan Pecorino is a semi-hard cheese. It must be aged for at least 120 days but may be aged for up to a year. It can be recognised by its cylindrical shape and by the fire branded PDO logo on the rind. It has a thin yellow rind, which is uniform, smooth and compact. The cheese is pale straw yellow in colour and has some irregular and well-distributed holes. It has a distinctive aroma, of dried fruit and hay. These notes can be increased by ripening the cheese for longer.